Is This a Bull Market or Bear Market? Yes! 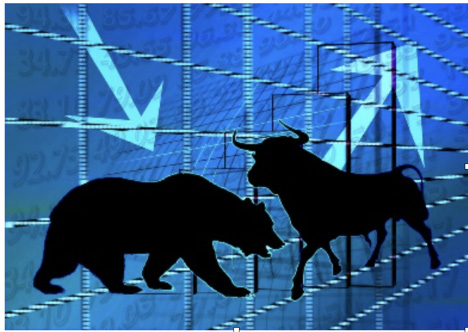 As we kick off the new Navigo Wealth blog, we thought a brief primer in how to assess markets from multiple perspectives would be a good launching point.  There are many directions to turn when discussing current market conditions, and we will drill down to many micro topics in the future.  However, in the interest of keeping blogs relatively short, we will stay macro at this point.

So where are we…in a bull market or bear market?

We could answer yes to both, actually.  It all depends on the time perspective at which you are looking.  In order to fully understand the economic and market landscape, we need to consider the market from three different perspectives:

A secular market is a very long-term perspective over 15-25 years driven more by the long-term economic conditions within the generational debt cycle.

From this perspective, we are in a secular bear market.

A long-term market is a trend period, generally spanning 2-8 years, driven by shorter to intermediate term economic and liquidity cycles.

From this perspective, we are in a mature long-term bull market.

This is a market trend that generally lasts between 2 and 12 months.

From this perspective, we are in an intermediate term bull market.

So what does this tell us and where are we headed?

The value of looking at markets from this perspective, is it gives us an appropriate understanding of what type of market environment we are currently in and what lies ahead.

Once we understand the secular market is driven by the undeniable, repeatable debt cycle (again, a topic for another time), we can understand what is truly going on behind the scenes; we know what to look for before markets transition into the next secular market period.

SPOILER ALERT:  As we will get into the nitty gritty of the generational debt cycles in upcoming posts, I will tell you what we are looking for at this stage of the game in the current secular cycle is a debt reckoning; a painful economic period in which the large debt buildup eventually chokes the economy and goes through a repudiation process.

Historically during the secular reckoning bear phase, it usually takes 2 or 3 long term bear markets before the job of debt liquidation is complete.  We will soon be approaching our 3rd such bear market, and the relative debt numbers are bigger than ever.  In other words, this upcoming long-term bear market has a sizable job to do.

Hopefully, you can appreciate how critical portfolio protection should be as part of your investment discipline.  For those that continue following the sheep herd through the indexing, buy-hold, and hope gates…well you know where this is going.  It won’t be pretty, and the timing of this next major bear market could be life altering to many in their later stages of working or in retirement.

The markets will likely see a few more new highs before this mature long-term bull market comes to an end.  However, we should remember that an 8 year long term bull market is about as long as they last historically.  Unfortunately, the longer it lasts from here, the more bullish and complacent the crowd becomes making it more dangerous for everyone.

We are confident in what lies ahead; we just don’t quite know how or when we get there.  Keep in mind that greener pastures do lie ahead once we do eventually move into a new secular bull market well down the road.  Until then, remember that protection should be as important as growth; have a proven approach and a plan and stick to it.